Warmachine & Hordes online community... to contribute or not...

października 03, 2018
Hello friends,
for some time now, I have been thinking about writing a post about the online Warmachine & Hordes community. However, I could not find the proper questions I would like to ask and try to answer. I did not know if I should actually even produce this kind of an analysis that by all means is going to be really subjective in nature. Some people might feel offended others might start to argue that I am not right when it comes to the conclusions but then I remembered one good ol' video... plus we basically have the freedom of speech...


So, if you have understood anything from the delusional tinkering I have written above and seen the short video... let's begin.
I have been blogging for about 6 years now. There have been some up & down moments during the process itself but I can say that for the above mentioned period I have been a part of the tabletop bloggers network (we are not a cult). For about 2,5 years I have been slowly focusing on Warmachine & Hordes by posting pictures of ugly painted miniatures, rarely publishing something worth reading and lately mostly focusing on the so called chosen of the week from the Warmachine & Hordes community series. As an addition to this blog I am a contributor to the warroom.pl site where I take care of the events calendar, write summaries about our local meta meetings and as of late produce painting videos. I can say that technically I am not a social media expert of any kind but I have quite a nice grasp of the blogging thing and thanks to the chosen of the week series from the WMH online community.

You don't have to be a Internet guru to see that for the past few years we have seen a major shift towards Facebook from channels like forums, blogs and even websites in terms of discussion. Despite the fact that a lot of content is still created by people and posted on their blogs etc. it is usually being shared on Facebook. So, in theory this allows us to reach out to more people that, again in theory, visit our sites and interact with them. However, quite often people see the link on Facebook, sometimes click on it, but if they interact with the author it happens on Facebook for various reasons (logging, one account not many, comments on Facebook are valid ones.... aren't they?). Nothing wrong with that apart from the fact that your for example blog might seem like a dead place with new content that is rarely interesting for people because there are no comments. Nothing wrong with that either. Depends on the author's preferences actually but IMHO this kills the original medium a bit. As for the state of the Warmachine & Hordes Facebook groups as of now there are two major ones The WMH General and WMH Painting group plus the faction ones in which people ask ad hoc questions and cry salt that their faction is bad or ask where the CID at? :-) Wonderful places (pun not intended). Seriously, there is a lot of great discussion going on there.

To continue my thought let's steer towards websites concerning Warmachine & Hordes and blogs of similar nature. Lately we can see one interesting literally movement. Individual blogs are usually starting to die out with two outcomes:
-Someone says meh it's not for me and simply quits writing.
-The author closes the blog to seek "coin" and glory on bigger websites. (usually there is a note saying "Great news I have moved the blog x to site x")
The first outcome is obvious and needs no comment. This online writing simply takes time and is not for everybody. (Believe me, I have had a few false starts before malefigurkowo). The second case is more interesting and seems to be the new thing now. As of late we can name three sites like this first being the LOS Warmachine, second warroom.pl and the last but not least Moment of clarity. One can argue that for example LOS was a site and suddenly Circle kicked in or that warroom.pl was run by Marcin and suddenly Circle kicked in (yep Musza had a blog for about... a month?) and that Moment of Clarity is a child of Mateusz... who closed his Let's Try PoM blog to launch the site and gather a few authors to write about different factions etc. I myself write independently here and for warrroom.pl Anyway, the cool stuff about this kind of bigger sites is that you have all the cookies in one jar. You do not have to visit multiple individual blogs to read the stuff you want. The downside is that often people after a great start stop to contribute (I am not judging, various things happen in life) and suddenly of the Circle-Grymkin-Protectorate site only the Circle player is more or less active with the other ones not writing for months. It's simply sad but normal and quite frankly same thing happens to blogs. End result in both cases is that people stop visiting the site as often as the authors would like. I see it every week while browsing my bookmarked sites if there is some new content on them and some great blogs that once where seem to be not here anymore:


and so on and so on. Does this mean the authors don't play WMH anymore? Maybe it is the case of no time/no topic/I don't want to anymore syndrome? It surely does not reflect the state of the game. In my opinion and after some lengthy observations blogs and sites that promote painting/offer painting or provide battle reports tend to last for years while others die out sooner or later.

The best content for Warmachine & Hordes aggregated on different platforms like youtube or sites like muse on minis where you can find numerous podcasts in one place. One tendency is that podcasts and channels streaming/recording battle reports tend to last for years even if they are gone missing for some time like for example Arcane Assist. Once again, we cannot blame the authors for taking breaks for various usually life related issues. However, thanks to the all you need in one place like Muse on Minis even if something is gone for some time it pops up eventually so the site's visitors will know that their favorite author's are back. Actually, here it's all about the platform. Nothing big happening over here, with a few well established podcasts like Chain Attack, Dominate for Two, Blightbringers or Battle Driven, Party Foul (They have a website! :-) old news thou) kicking it almost every week. Same goes for youtube channels like warroom.pl, Arcane Assist, Deathclock Dave just to name a few. One shocking thing as of last year was the closing of Painting with Menoth John (The PodFather) and Mr Malorian. With the first one continued by 2/3 of the crew as More than Dice and John himself returning for charity fundraisers and Mr Malorian return last month. Also, Advanced Maneuvers can be now found on Podbean instead of youtube.

After this short summary of the WMH online community I ask you to kindly to contribute to the community. One could say strength and variety in numbers. Whether it's blogging/podcasting/streaming it's rewarding. Yes, it takes time. Yes, you can be a subject of critique and occasional douche bags will tell you that you're doing something wrong just because it makes them feel good. It does not matter, what matters is the community that we are all part of and we all can discuss stuff, learn from each other and help each other only when we are actively being a part of it. What is more the WMH community is really friendly and Privateer Press staff is also active on social media. So, what are you waiting for? Create a blog, start podcasting be it alone or with friends, report battles, paint miniatures and share your work with us :-)

września 29, 2019
Hello Friends,
today I want to show you my finished AMX-30 tanks that thanks to removable turret can become the AMX AuF1 artillery. I have painted 3 of them from the Durand's Devils box.

maja 19, 2019
Hello friends, today something totally different. A few years back I have bought a solitaire board game published by Consim Press The Hunters: German U-Boats at War 1939-1943. As the title suggests it's about U-boats. Long story short, you pick a U-boat type and conduct patrols during which you sink allied shipping, sometimes lay mines or drop off an Abwehr agent. You can get promoted, your crew may become better or you can even earn a newer type of U-boat. Of course, as the war progresses it's really hard to stay alive when detected by escort ships.

This time I am going to play the basic rules. Without the more historically accurate optional rules.  So, let's get started. For the game I chose to begin with a Type VIIA U-Boat. Only 10 of these type were produced and 2 survived the war. The crew status is trained meaning no bonus or negative values apply with different rolls. My starting rank is Kapitänleutnant which allows me to choose a specific patrol assignment if I ro…
2 komentarze
Czytaj więcej

Blogs that I read 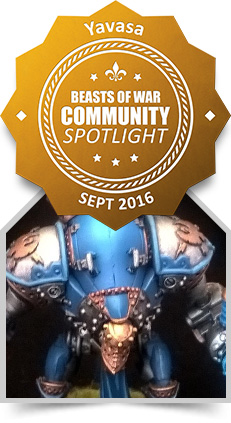 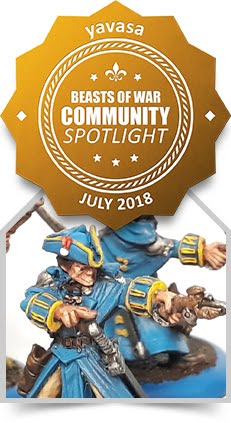 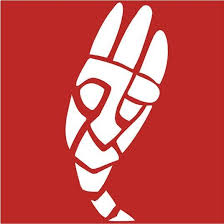 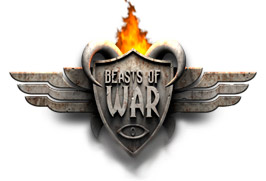